Menu
GOVPH
After weeks of intense consultations, discussions, and workshops, the National Defense College of the Philippines (NDCP), under the leadership of its President, LtGen Ferdinand M Cartujano PAF (Ret), officially launched its very first documented NDCP Strategic Plan for 2023-2027 during the turnover and ceremonial signing on 22 November 2022 at the NDCP Honor Hall.
The Strategic Plan highlights the future strategic direction of the College as it pursues its thrusts, priority initiatives, and major programs: National Defense and Security Education and National Defense and Security Policy Studies. The Plan also seeks to contribute to the mandate of the College as it relates to the larger defense and security community.
In his closing remarks, LtGen Cartujano encouraged the NDCP community to put the Strategic Plan 2023-2027 into action for the College’s better future. He also invited everyone to work together in order to achieve the NDCP’s newly crafted vision statement: “A world-class defense and security educational institution in national and international security affairs by 2028.”
by: Gee Lyn Basa, Planning Officer 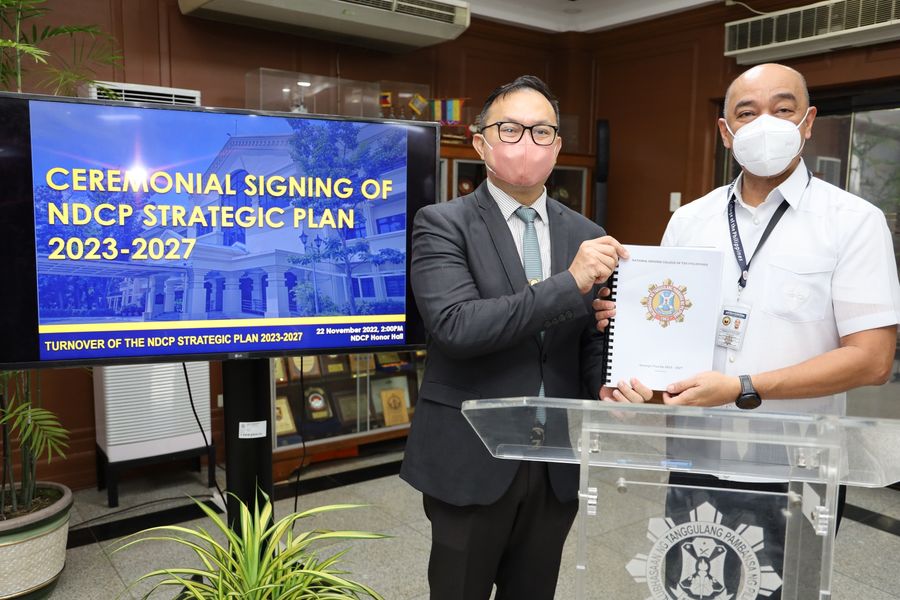